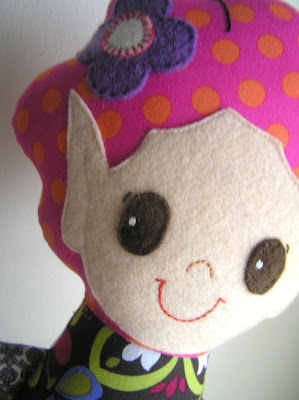 Man it's been cold! So cold in fact, I thought it was going to snow the other day rather than rain. brrrrrr! So what's been keeping me busy? Well still getting ready for the market I've been going on about for ages. I really want to have lots of stock, so that's what I'm doing.

The last few days I've been working on pixies which i haven't done much of lately. In fact, i think i've only made one this year! After working on polly dolly's they seem so small! Weird really as I've always thought them to be a good size but maybe they could be a tad bigger.

I have this little miss just about finished sans wings, and a few more waiting for some stuffing. All are unnamed as I'm a bit lost for names at the moment which is definitely a reflection on the inability to find a suitable name for bubba in tum. Nothing! I have nothing!

What I do have however is quite a few polly dolly's, unnamed of course! 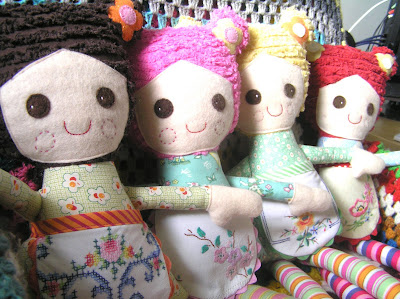 Some aliens, unnamed but waiting patiently for a few more friends. 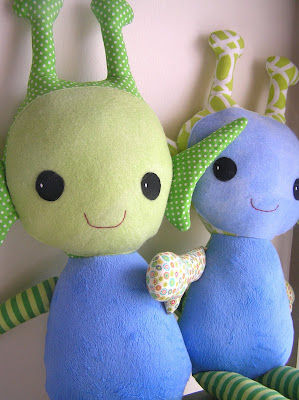 And a basket full of monties. 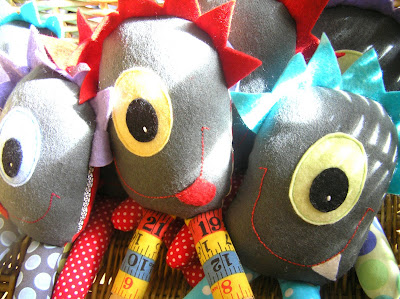 See, busy fingers. And quite showing it too, i might have to brave the chill and head out to purchase some Burts bee's banana and almond hand cream that I've been promising myself. yum factor!
Posted by Megsie at 7:00 PM

So so so cute!
Your stall is gonna be so awesome!

so have you forgotten Zoe's polly? (her birthday is in august and she needs some incentive to ditch the boobie milk ;) )

They are all fabulous and I think you definately deserve some scrummy hand cream after being so busy! I've just started using scam email names to name my sock monkeys. It's a seemingly endless source of hilarious names. Might be appropriate for some of your critters too?

oohhh Claire no I hadn't forgotten! I must admit to putting it on the backburner though. August will be fine, the market will be out of the way by the end of July. Can you email me your addy up there and when Zoe's birhtday is? I'll get Tate's top done too. Can you remind me what size? I remember it was a dino tee.

You are going to have the cutesy market stall ever!

Megsie
I'm a mumma to 4 sweet little pint-sized treasures and love to sew, draw and many other creative endeavours.

Promote Your Page Too